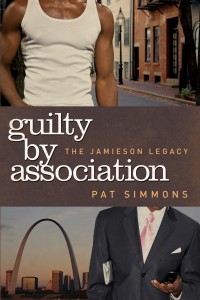 About the Book:
The Jamieson Family Legacy series follow the lives of two Jamieson brothers
in Boston, Kidd and Ace, and their cousin, Cameron, from St. Louis. The older
brother, Kidd, is struggling with anger and resentment issues toward his absentee
father who never married his mother. Yet, he had the audacity to demand his

illegitimate sons carry his Jamieson name. Ace, on the other hand, is on his
collision course to be a chip off the old block when it comes to women. Their highly
MIT educated cousin, Cameron Jamieson, is all about saving family from self-
destruction. Through genealogy research, Cameron's mission is to show his cousins
their worth as the eleventh generation descendants of a royal African tribe and
to give them a choice: live with the stereotypical "angry black men" syndrome or
to crush any obstacles that try and stop them to become strong successful black
men.

There are three books in the Jamieson Legacy series: Guilty by Association (Kidd's
story), The Guilt Trip (Ace's story), and Free from Guilt (Cameron's story). Each
of the three Jamieson men have to accept that their past and present are in God's
hand, and without Him they can't advance to their future blessings. The bonus
storyline in Guilty by Association is one that progresses the story of the much-
loved character in the previous three book Guilty Series, Grandma BB. This time,
she picks up a sidekick Mrs. Valentine.

Guilty by Association is the story of Boston bad boy Kevin "Kidd" Jamieson. His
gripe is with his father who dared to insist that his two illegitimate sons carry his
last name. To add insult to injury, the man never bothered to stick around to
provide love and guidance as his boys matured into men. Kidd's anger overflows
into every area of his life. As his animosity festers, Kidd becomes as a roaring lion,
seeking whatever and whomever he can devour. He's as gritty as his cousin in St.
Louis, Parke Jamieson VI, is polished. The two strong-willed men clash when Kidd
relocates to St. Louis where his cousin assures him it's a land of milk and money in
job opportunities. Where is lands a job is far from it.

Through a series of events that involve Grandma BB, her dog named Silent Killer
and her Stacy Adams shoes, Kidd meets two women who recognize his hostile
tendencies and immediately begin to administer CPR to his soul. LPN Eva Savoy
eventually becomes his "Eve," a woman God created from the underlying goodness
hidden in Kidd's own heart.

Reluctantly, Kidd allows Parke to divulge information about their royal family
heritage. While everyone's care and compassion begins to smother Kidd, he
struggles to keep up the bad boy attitude as his walls start to crumble. Kidd learns
it's not his association with the name that identifies him, but the man he becomes
that defines him.

My Take:
Wow...what a loaded book.  From absentee father to family harmony to Godless to Godfilled...this book has a little bit of everything.  The story was fascinating as Kidd has to learn how to trust God instead of himself and the other lessons he learns along the way.  The other characters of the story were so well written that I could just see the frustration that many of them had along the way.  As with other readers...I really loved Grandma BB.  Pat did a wonderful job showing us Boston and St. Louis with her descriptive writing.  I have never read anything else by Pat and look forward to catching up with the other Jamieson brothers soon!

Recommendation:
Great book for family connections and seeing a strong male become even stronger in God and helping those along the way.  If you are looking for a romantic read that shows how God must be in place before the romance can blossom...and a lot of growth, pick this up. 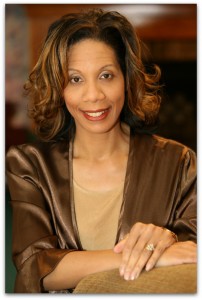 Pat Simmons is a self-proclaimed genealogy sleuth. She is passionate about
digging up the dirt on her ancestors, then casting them in starring roles in her
novels. She has been a genealogy enthusiast since her great-grandmother died at
the young age of ninety-seven years old. Pat has won numerous awards for her
novels which include: Talk to Me, Grace and Humility and Still Guilty, which was
voted the Best Inspirational Romance for 2010. Pat is best known for her Guilty
series: Guilty of Love, Not Guilty of Love, and Still Guilty. She is continuing the
series through the Jamieson Family Legacy trilogy: Guilty by Association, The
Guilt Trip, Free From Guilt. Pat has recently been nominated for the best Christian
fiction award by the African American Literary Awards for her latest release,
Crowning Glory. Pat and her husband live in Missouri and have two children. Visit
Patricia at http://www.patsimmons.net.

You can also visit the author online at:
twitter.com@patsimmons
facebook.com/patsimmonsauthor.

View the blog tour schedule at :