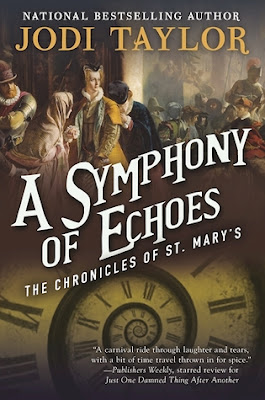 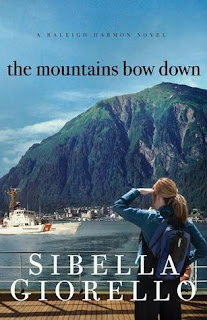 Everything's going to work out. Time away always makes things better...That's what FBI Special Agent Raleigh Harmon believes as she boards a cruise to Alaska. A land of mountains and gems and minerals, the Last Frontier is a dream destination for this forensic geologist who's hoping to leave behind a hectic work schedule and an engagement drained of romance. But when a passenger goes missing and winds up dead, Raleigh's vacation suddenly gets lost at sea. The ship's security chief tries to rule the death a suicide, but Raleigh's forensics background points to a much darker conclusion; Somewhere onboard, a ruthless murderer walks free. Engulfed by one of her toughest cases yet, Raleigh requests assistance from the FBI and receives her nemesis-handsome Special Agent Jack Stephanson. As the cruise ship sails through the Inside Passage, Raleigh has five days to solve a high-profile murder, provide consultation for a movie filming onboard, and figure out her increasingly complicated feelings for Jack-who might not be as arrogant as she originally thought. And that's only her work life. Family offers even more challenges. Joined on the cruise by her mother and aunt, Raleigh watches helplessly as disturbing rifts splinter her family. Like the scenery that surrounds the cruise ship, Raleigh discovers a mystery so daunting that even the mountains might bow down before it.

Review:
What a fun read with lots of characters and mystery with some romance thrown in!  The humor is really what got me into the story, but seeing more of Alaska through the MC eyes was a great addition to the story.  While this is considered a Christian book, the book is not preachy at all and actually could be shelved under general fiction.  It wasn't a page turner for me and I was able to figure out the mystery pretty easily but the book was just fun to read and would recommend to anyone looking for something a little more laid back than the current fad of psch thrillers. 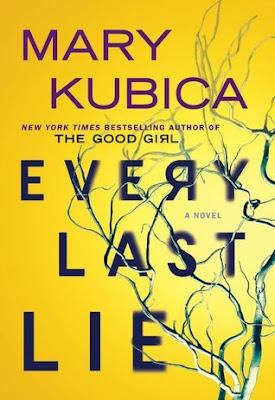 Told in the alternating perspectives of Clara's investigation and Nick's last months leading up to the crash, master of suspense Mary Kubica weaves her most chilling thriller to date—one that explores the dark recesses of a mind plagued by grief and shows that some secrets might be better left buried.
Review:
Having never read anything by Ms. Kubica before I was happily surprised. I did enjoy the suspense and the pace at which the book flowed. Usually dual points of view bother me, but it worked well in this instance. It was well put together in the past vs the present and allowed the story to play out in it's own time. There were so many elements in here, from depression to elation to mystery to well, you name it, that emotion or element was in this book. Determining the lies from the truth or the lies in the truths was what kept my intrigue throughout the book, it is a definite page turner. It's a clean psych thriller, not much gore or language or graphic scenes at all. Looking for something a little darker this summer? Pick it up!
Posted by jacque at 6:48 PM No comments: 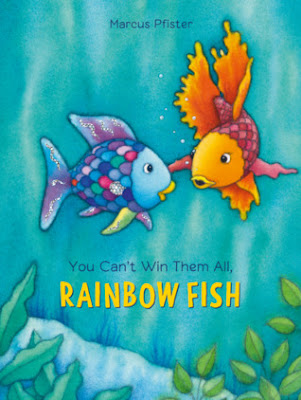 Everyone loses once in a while. But being a good sport when you lose isn’t always easy—not even for Rainbow Fish. A lighthearted look at accepting loss without losing your sparkle!

Review:
Another great installment in the stories of Rainbow Fish.   Not only do we learn a valuable lesson, we learn it as a child would through a simple game of hide and seek.  Trying to find the fish in the pages is fun in itself but the story brings home the point that sometimes you aren't the best but having fun is always a good thing with friends.   The illustrations are great as they always are in a Rainbow Fish book! Highly recommend for all ages!

I was given a copy of the book for an honest review by Netgalley and pubisher.

Posted by jacque at 5:24 PM No comments: 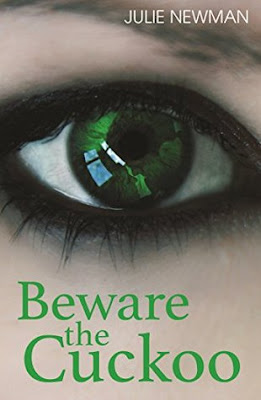 They were reunited at his funeral, school friends with a shared past. A past that is anything but straightforward. A past that harbours secrets and untruths. Karen has a seemingly perfect life. An adoring husband, two wonderful children and a beautiful home. She has all she has ever wanted, living the dream. She also has a secret. Sandra's once perfect life is rapidly unravelling. The man who meant everything to her had a dark side and her business is failing. To get her life back on track she needs to reclaim what is rightfully hers. She knows the secret. As the past meets the present, truths are revealed - and both women understand the true cost of betrayal.

Review:
This book is another book that works with the past vs. present points of view.  However, it is some very sensitive subjects so if you are triggered by pedophile don't pick this up.  If you are interested in the dark side of humanity you may like this book.  There was some really good writing, but the ending seemed a bit rushed, I could have used a little more suspense near the end.  However, it did keep me on the seat of my chair trying to figure out what could happen and I had a few surprises that I didn't expect. This being a debut novel is worth the read, looking forward to more by Ms. Newman.

This book was provided to me in exchange for a honest review by Netgalley and the publisher.
Posted by jacque at 5:39 PM No comments: 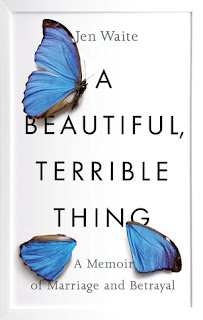 What do you do when you discover that the person you've built your life around never existed? When "it could never happen to me" does happen to you? These are the questions facing Jen Waite when she begins to realize that her loving husband--the father of her infant daughter, her best friend, the love of her life--fits the textbook definition of psychopath. In a raw, first-person account, Waite recounts each heartbreaking discovery, every life-destroying lie, and reveals what happens once the dust finally settles on her demolished marriage. After a disturbing email sparks Waite's suspicion that her husband is having an affair, she tries to uncover the truth and rebuild trust in her marriage. Instead, she finds more lies, infidelity, and betrayal than she could have imagined. Waite obsessively analyzes her relationship, trying to find a single moment from the last five years that isn't part of the long-con of lies and manipulation. With a dual-timeline narrative structure, we see Waite's romance bud, bloom, and wither simultaneously, making the heartbreak and disbelief even more affecting.

This book will tug at all the strings if you have any emotion and if you don't perhaps you'll fall in love with Marco.  The book was well written and had a very good suspense hook especially for a memoir, however there could have been a bit less when 'researching'.  I did feel like it made 'googling' seem like the thing to do instead of reaching out to medical professionals for proper diagnosis.  Most adults know that the 'rabbit hole' of google will lead to bad things but there are new generations emerging that think that google is the end all and will  take things into their own hands. (stepping off my soap box now)But this book is worth the read if you are the kind of reader that likes to peek behind the curtains into other peoples houses.  I feel for Jen and wish her all the best in her future and think she should consider writing fiction because she can hook a reader in quickly and keep them on the line til the very last page.

Posted by jacque at 6:28 PM No comments: 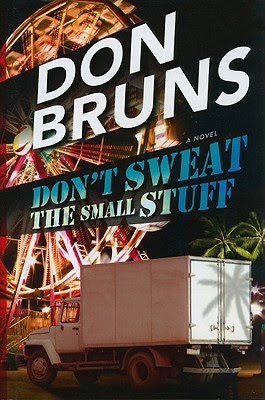 It's official; stumbling, bumbling James Lessor and Skip Moore are licensed private investigators. Now, that's some scary stuff. It could take time to get Moore or Less Investigations off the ground, so James takes a job with a traveling carnival show. But this show has a dubious reputation, having had a string of accidents and at least one death in the past year. When they're hired to investigate what's caused the carnival chaos, James and Skip set into motion a dizzying, roller coaster chain of events. After a terrifying trip on the Dragon Tail ride, a not-so-fun dust-up in Freddy's Fun House, and a host of threats, James and Skip realize they'll get anything but cooperation from this cantankerous cast of carnies. But when a carnival worker is murdered, James and Skip will have to act fast-because they might be next in line. For James and Skip, the only thing sweeter than the smell of corndogs and fried dough will be the sweet smell of success-but in this case, 'success' means getting out alive. This investigation is going completely off the rails.

Review:
What a fun ride, this book was a fun read, with mystery and fun and great characters!  Loved seeing these two bumble along on their own way and the descriptions of the carnival pretty much seals my dislike of carnivals!  I didn't read the previous books in this series and actually wasn't lost, very good back story information without any kind of back story dump!  If you like cozy mysteries and bumbling fools for main characters pick this one up or rather get the whole series!
Posted by jacque at 5:53 PM No comments: