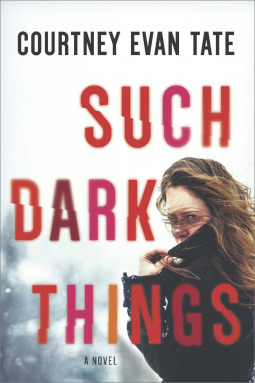 Synopsis:
A modern day Fatal Attraction meets The Girl on the Train, by New York Times and USA Today bestselling new adult author Courtney Cole, now writing dark psychological suspense under the name Courtney Tate Evans.From the outside, Dr. Corinne Cabot is living the American dream: a successful ER physician, she is married to a hardworking and handsome psychologist. Together they own a charming house in the Chicago suburbs. But Cabot has a dark personal past and her memory has holes she tries to fill in. Her sleep is ravaged by recurring nightmares of that night when, as a teenager, she found her father standing next to the bodies of two people he had shot dead. It is what she can't remember about that night that utterly haunts her. Her father is still alive in jail for that terrible crime. At times now, despite her success, she fears she is truly unable to determine what is real and what is not. Then she starts to suspect that something is amiss with her husband and realizes that nothing--and no one--in her life is as it appears.

Review:
This was page turning, and had some dark and deep scenes. It kept me in the book which so many books don't seem to do. I did read this in one day so I think that says something! The story has many triggers...so if you have issues I'd probably not pick this up. The aha moment wasn't as over the top as I would have expected. I wish there could have been more of the before story told...I'm feeling like I'm missing a part of the story. Above all...a darn good dark thriller! Review in thanks to Netgalley and publisher!
Posted by jacque at 3:12 PM