Here's a guest post from author Courtney Rene.... Author of Shadow Warrior... It's all about coming up with the story and how she does it. I was so impressed with all she wrote that I'm giving her this post and I'll post another post with book details and my take!

Thank you Courtney for coming!!

OUTLINES AND FAR OFF PLACES 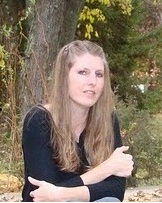 First and foremost, I am not an outline person.  Never have been and most likely never will be.  For me, part of the fun of being a writer is seeing where the story will go.  If I sit down and plan it all out, piece-by-piece and event-by-event, it takes all the mystery out of it.  Why write the story if I already know how it’s going to end?

When I came up with the idea for Shadow Dancer, I had no idea when I started that I would have to come up with a whole new world.  Although Shadow Dancer didn’t really need the thought out landscape and details of Acadia, the next book Shadow Warrior did.  You can’t go to another world if you haven’t created it yet.  I was at a bit of a loss as to how to proceed. So I did what any writer would do…I went to google.  I did research on fantasy worlds and I did research on the elements (since I had created four semi-elemental realms this was a must).  I also went to the library and did more research.  I printed out photos and descriptions and made notes and photocopies and when I was done, I had so much crap that I didn’t know what to do with it all.  Frankly, in trying to get an idea for my fantasy realm, Acadia, I had quite overwhelmed myself.  That pile sat and sat and haunted me for about a month.  I didn’t touch it or look at it or even move it.

Then one day I was laying out in the sunshine thinking and watching a hoard of butterflies eat the peaches off my trees (I didn’t know they did that) when I suddenly realized I was making Acadia way to hard.  I closed my eyes and let my mind simply create the landscape of Acadia.  What did I know about Acadia?  For one, it was hot there and it never rained. From there, Acadia slowly but surely began to form.  But how was I to keep it all straight and clear in my head while writing the book?

First thing I did was chuck all the prior research I had done, all of it, except for the elemental stuff.  The next thing I did was purchase a  “project” board.  It’s like poster board only about ¼ inch thick.  Then I started making notes on note cards and notebook paper about the world I was creating.  I drew by hand a rough outline of Acadia (it was a sad little drawing).  I made notes of the new people and their powers and their personalities.  Then I tacked and tapes and stapled them all up on my board.

When that was done, I sat down and started to write Shadow Warrior.  Anytime I was confused about something, all I had to do was flip through the pages on my board.  Anytime a new person or new element of the story presented, I added it to the board.  By the time I was finished writing the book, I had two full boards going.

Creating and keeping track of a new fantasy world was a lot harder than I ever thought it would be.  But the boards?  They worked for me.  Someone told me once that those boards are actually my way of outlining.  Ummm, no way!  As I said, I am not an outliner.

Quickly, before I head out, I wanted to say thank you to Goodfamilyreads for having me over at their blog today.  Have a great one everyone! 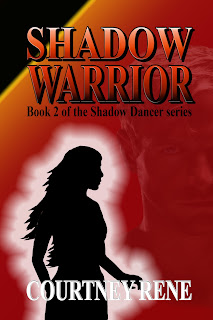