RED HOT SKY {PUMP UP YOUR BOOK TOUR AND REVIEW} 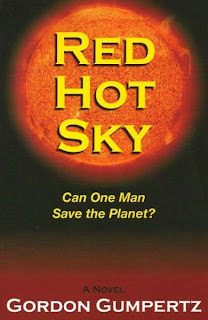 
CO2 buildup in earth’s atmosphere reaches a tipping point. Global weather destabilizes, turns chaotic. Ice storms, dust storms, floods, blizzards, hurricanes, tornadoes pummel the earth nonstop. A secret computer model reveals that the frantic weather will peak out, and transform world climate into an alien environment devastating to human survival.
Scientists Ben Mason, Claudine Manet, and Bertrand Short are developers of the computer model. Ben and Claudine are lovers as well as lab partners. While they work frantically to head off the approaching catastrophe, a disgraced Russian general hacks into their model and sees earth’s bleak future as his opportunity for ultimate world power.
Ben, who had left the CIA to develop the computer model at the national lab,  is reactivated by the Agency and sent on a perilous mission to block the rogue general’s plot. Claudine, not realizing that Ben is on a secret mission, misunderstands his absence, putting their relationship on thin ice.
Claudine is placed in charge of a massive NASA project that, if completed on time, could stop the approaching doomsday climate change. But her project is stalled by bureaucracy. Ben is on the run in hostile territory. The climate change calamity steadily approaches.
My Take:
Since some of my favorite movies are of the End of Times variety, I jumped at the chance to be able to read and review this book, not even knowing a thing about the author or if he had any talent!  Again I struck gold with a self published novelist!  I have not read his first book Tsunami, but I'm gonna go find it!  He really knew what he was talking about or really can write a great fiction tale when it comes to natural disasters.  While the story line is similar to many of the others out there...we are on the edge of something extraordinary happening in our universe, he added even more action with tense relationships with another country.  There is even a love story thrown into all of this chaos.  It was another fast paced action packed novel that kept me reading from page one til the end!
Recommendation:
Go. Buy. Now.  Especially if you like the whole crazy weather ending the world stories!   Rated PG because of some language....and a little violence.
About the Author:
Gordon Gumpertz brings fiction readers another exciting action/adventure experience in his new novel RED HOT SKY. This is the author’s second book, following his highly acclaimed novel TSUNAMI. 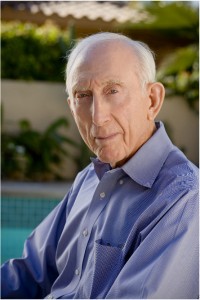 In addition to writing novels, Gordon has won gold and silver awards in national and regional short story competitions. He is a member of the Authors Guild, the Palm Springs Writers Guild, a UCLA graduate, and an instrument-rated private pilot. He keeps his website current by blogging on natural disasters and natural phenomena.
Gordon and his wife Jenny live not far from the San Andreas fault, where the Pacific Plate thrusts into the North American Plate, building increasingly high levels of faultline stress which, the seismologists say, may soon produce the Big One.
Visit his website at www.tsunaminaturaldisaster.com.
i was given a copy of this  book by the author in return for an honest review.  No other compensation was given and you can read my disclosure here:
Posted by jacque at 8:00 AM